X is lying on a bunk and observing Fanta, that shaggy doughnut frowning back at him. His long, greasy hair is spread out in thick curls on a pillow and then sinks into a small pile of dry leaves behind his head. He likes the smell when falling asleep or when he’s high; the smell of childhood memories in the countryside, wet adventures in fiery landscapes of autumn colour. The scents bewitch him in his slumbers; they are the roads his dreams take on the pilgrimage to his inner spirit.

His lean, whitish arms stick out of a faded black T-shirt, which is a little too big for him. The fabric slouches around his narrow chest down to his belly button. X spins the little ball of crumpled flesh hanging there between his dirty and scratched fingers. He has dirt under his nails. He too is scratching: tiny red pimples dotted on the tight skin of his belly. After a while, his hand naturally goes down to his crotch, slides under the loose elastic of his pants and comes to rest on his semi-erect dick. He only becomes aware of his gesture a few minutes later.

Fanta lifts up his head and tilts it to the right, his ears quiver.

—You're right. It’s gonna happen today, I can feel it too.

X sits on the edge of the foam mattress, digs his bony elbows into his lap and with a deep breath, he rubs his eyes. The animal performs a long stretch and then comes closer to the bed. He stands in front of X, his white muzzle pointed towards the beautiful, well-defined lips of the boy.

Fanta's lips curl up in a curious smile.

—Let’s do this! X bends down and gently puts his forehead against the fox’s. They remain frozen a few seconds then move away from each other ceremoniously. The boy then pets the animal and in return Fanta licks his forearm with his rasping tongue.

Fanta's tail brushes against the worn linoleum with excitement. 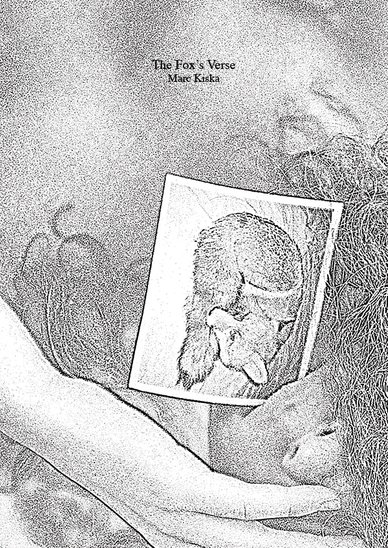 Reading/performance of The Fox’s Verse by Emmanuel Barrouyer at the exhbition "I Fought Therefore I Am", during Oslo Pride, June 16, 2019. 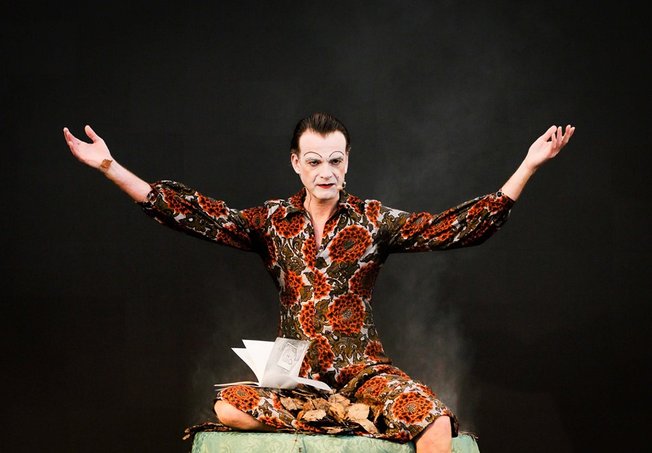